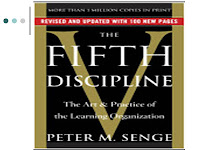 Interesting question and what I discovered at the time of answering this was that, process of learning and time to maturity are very different in different set of industries. While one techie can be trained on new Business Intelligence tool in 3 weeks, a driller cannot be trained in underwater piling in 3 weeks. It may take 3 years or more and even after that you will be a trainee. Engineering and Technology are disciplines way apart in terms of conceptualization and maturity. Engineering is a trade, Technology is skill application (a business?). While Engineering is the marble architecture, it's carving and polish that build the Taj Mahal, Technology is the positioning of Taj on the banks of river Yamuna, at an angle that it captures it's mesmerizing reflection to add to the amazement. Engineering is built for generations, Technology glow and phase out equally fast. Each has it's own space for pride and heroics. While Engineering appears less disruptive, Technology, outrageously makes noise of being disruptive. Mind you, the discipline of being a "Game-Changer" is equally disruptive, be it Engineering or Technology. Even the fastest disruptive technology is still incremental, done with frantic pace, that confuses a lot till it emerges.

What Wikipedia says about the Systems Thinking is as below-

Systems thinking is the process of understanding how things, regarded as systems, influence one another within a whole. In nature, systems thinking examples include ecosystems in which various elements such as air, water, movement, plants, and animals work together to survive or perish. In organizations, systems consist of people, structures, and processes that work together to make an organization "healthy" or "unhealthy".
Systems thinking has been defined as an approach to problem solving, by viewing "problems" as parts of an overall system, rather than reacting to specific part, outcomes or events and potentially contributing to further development of unintended consequences. Systems thinking is not one thing but a set of habits or practices.

You may like to know about Peter Senge and his concept of "Learning Organisation". Some facts in perspective are laid below-

Peter M. Senge (1947- ) was named a ‘Strategist of the Century’ by the Journal of Business Strategy, one of 24 men and women who have ‘had the greatest impact on the way we conduct business today’ (September/October 1999). While he has studied how firms and organizations develop adaptive capabilities for many years at MIT (Massachusetts Institute of Technology), it was Peter Senge’s 1990 book The Fifth Discipline that brought him firmly into the limelight and popularized the concept of the ‘learning organization'. Since its publication, more than a million copies have been sold and in 1997, Harvard Business Review identified it as one of the seminal management books of the past 75 years.

The dimension that distinguishes learning from more traditional organizations is the mastery of certain basic disciplines or ‘component technologies’. The five that Peter Senge identifies are said to be converging to innovate learning organizations. They are:

Alongside systems thinking, there stand four other ‘component technologies’ or disciplines. A ‘discipline’ is viewed by Peter Senge as a series of principles and practices that we study, master and integrate into our lives. The five disciplines can be approached at one of three levels:

Practices: what you do.
Principles: guiding ideas and insights.

Essences: the state of being those with high levels of mastery in the discipline