Dummies, dreams and thinking on your feet! 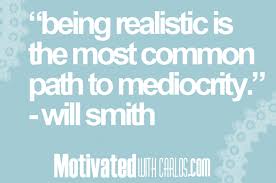 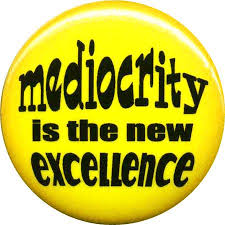 From Core Competencies to competitive advantage, war for talent to talent coding, capability building framework to creating new benchmarks, setting new standards, new world order and new way of thinking, believing, striving and succeeding have always been left to management experts who inspired the industry captains and reminded them about their eternal and immortal values to establish the new concept of being and being successful! From CK Prahalad and Garry Hamel to new age Daniel Coyals, we have several icons of awakening in the world we live, compete and thrive!


What worries me is not the dearth of game changing thoughts or of transformational leaders, but the flood of coolies everywhere, who just know one thing, keep doing the same work, just maintain, just control, just tread the old and outdated path. We have stopped celebrating heroes, who are out of the herd mindset and have courage to challenge the status quo, courage to question the sacrosanct dilapidated concepts and mind-sets! We celebrate the survivors, as they remain like silt at the bottom, who hold the roots so strongly that  they never come up in the open! Survivors just do one thing, ESCAPE, vanish, vanquish and re-appear, when the tides of demands are gone! Valiant sailors who tried braving the high tide either won or lost but a survivor (read escapist) just wins due to its shameless capacity to reappear, not to be mistaken by re-emerge! They don't evolve, they just lie low, as low as you can not even notice and they are fine as long as they are not noticed. They just want to be there, hanging on or clinging?

Slowly in the world dominated or better say, flooded by the survivors, swamps the landscape and you will find them at all levels in all functions, in meetings, parties. They, by virtue of their overwhelming numbers decide the new world order! That order continues uninhibited, unashamed till the time, world demands NRNs to come back! How shameful it appears that the company, that was a dream company to work for, more like a dream to the parents than the kids, did not find a leader to hold and revert it's sagging financial performance and slipping to position number 3 in the IT services space. No succession planning or no planning as the heroes made exit for political positions, which unfortunately did not work out as media reports say and then, it was time to come back and play with the old toy and teach a few lessons to new Catamaran. Company that inspired the world by technology and drove all decisions by values has overturned all Golden rules for keeping company alive.

Big gun, Kamath could not do anything to save. It was ICICI success story, that made him popular and considerably the force behind the banks growth story. Media tells, it was a hype and and just not Kamath that made the bank grow as big as only next to SBI.

As nothing succeeds like success, nothing fails like failure. And failure exposes all that was covered under the big blanket of inspiration, values, meritocracy, etc. Fancy words help only in packaging the stuff. Look for what the stuff is and here NRN says, it is maintenance job, remote services and BPO. It is not Technology or Consulting! Good to hear that the realization is back. This is called thinking on your feet! Appreciate!