Time to go beyond Competency Assessments-Look for Character and Cerebral impulse! 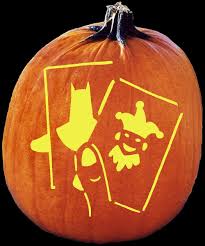 Got to see some weird HR bosses during last few months! One HR boss who was interviewing me for CK Birla groups's corporate HR role, distrusted me when I said, my company helps pharma companies in ERP implementations. What she doubted was that, "how come your 5 member team do ERP implementation? It requires 30 people or more. She asked me if I was sure!" Interesting isn't it? No blame to her being so average after having worked in industry for more than 12 years and the likes of Accenture and UB group. She should know that SAP has been implemented even in shops where 10 employees sell tyres and accessories. Someone please teach these half-baked muffins, to keep learning and do not be complacent and headstrong. Being boss is not stopping learning and correcting yourself! Infosys calls me for interview for OD position and the JD clearly mentioned that they are looking for a premier B school candidate, which I am. When I meet their office, I meet a lady, who heads that HR division that manages PMS, OD etc and to my biggest surprise, she was a part-time postal diploma from Symbiosis University. Really shocked to see if they  so much cared about "premier B school" tag, they should have got a panel of interviewers with such tags! Even more surprising is that fact that she was only interviewer for such a senior position, no others in panel. She seemed very busy and did a "my version" of my profile interview. Did not ask any questions beyond what I told her I did in PMS and OD. Perhaps she was not the right interviewer. This reflects how talent acquisition is treated in Infosys. Not surprised, if they had to call for rescue in NRN. 2 of my Wipro interviews were also, the same kind of fiasco. The interviewers who met me carried a very poor show. When I reached out to their VP-HR, he called me and seriously apologized for the behavior of their managers. They even mailed me the apology. Appreciate it but, does it help me? No. Who it helps? Wipro! Yes, Wipro, if they got a guy like me who can tell them how messy are their managers! They can correct things for themselves!
Bombardier interviewed me over phone from London office and then asked me to fly to Kolkata to meet Director-HR, with their India JV Partner. After much a do, they could not even book my ticket. I had to do it at the end of too many to and fro emails. Surprise came, when I reached their JV's office in Kolkata and I found that the person I was meeting was not actually a Director-HR but a Deputy Manager-HR. Though the name was correct, the person's title was wrong! She was much junior to me in profile and experience. As if this was not enough, they did not reimburse my air tickets for nearly a month. Added to surprise was the fact that when they sent me a travel reimbursement form that was meant for employee not candidate. I was furious and reached their Global Director-Compliance, after my compliant of harassment was not responded from EthicsPoint.com.
The Global Compliance Director-emailed me the apology and mentioned that, "they have learnt a lesson out of my experience with Bombardier" and thanked me for bringing issue to his notice. Who benefited, Bombardier. Who lost? Me.
World is full of jokers and many of them you will find in HR.

What I wanted to highlight is, your most important hiring is "HR", the Human Resources person. They are your face to the zone, called 'talent demography'. Not only the candidate, they manage your most precious asset called employees!

You need a much intensive interview process with multi-layerd assessments and evaluations than for any other position. Go beyond the KSA (Knowledge-Skills-Attitude) and test them for Character and Cerebral impulse! Do unstructured interviews carried by experts from other functions than HR, besides HR people.
Use Psychologist and check for Cerebral Impulse, by which what I mean is, their capacity to think and act, tactically and strategically, think structured and think big picture and 'out of box'.

Do not leave HR hiring to only HR or only her boss or only to one person.
The biggest threat to HR is the HR Boss! If boss is given to hire her report, she is going to hire someone who will not challenge her position, someone not smart and someone who would never threaten or disobey her! While all these qualities help the boss get a "spineless stooge", a boot-licker yes man/woman, company loses the BIG way. While not all bosses hire stooges but majority do. I have been advised by my friends and colleagues not to hire a smart guy or it will be a threat for me!

The matter of hiring becomes even worse, when the boss is asked to hire his subordinate just below his rank.

The beiggest saver could be a mixed-panel to shortlist candidate, interview and evaluate candidate. I remember, in a Global consulting firm, I worked with always believed in hiring the best candidate and did not allow the reporting manager to game a "staged event".

I met a few HR bosses who interviewed me in Bangalore last week. It was face to face meeting in their offices. The issue was that here the Boss was interviewing and no panel! I could sense a few behaviors-

1. Insecurity in them when I perhaps answered wonderfully well, that was cerebral and just not copy-book answer of a junior. Their discomfort is visible. They stop listening after such excellent answers or insights. They just start thinking hard, would this guy be a threat!
2. I sensed that insecurity in them and turned the table by appreciating their question and their point of view and here was the change, they talked and talked and smile on face, relaxed Boss. The orgasmic delight!

Having seen this, would it be a good idea to allow the Boss to interview his immediate subordinate and take decision of hire or reject? Risky, right? Is anyone in Business, The MDs, CEOs, VPs listening?

One interesting observation was, that the interview turns to shortcomings as soon as the interviewing Boss, senses threat! Even the interviewer Boss makes clear that you are not the guy, he is looking for. The threat makes him a demon! He cannot face you anymore. In such cases, you may have seen interviews end abruptly.
Discussion focuses what is missing than exploring your strengths and uniqueness of experiences!

Interviewing boss is a dangerous animal in most cases as only A players hire A players. B players hire C players.
If you want to know if your boss is an insecure boss or not, just focus on who he has hired and who he has allowed to leave.

Hope someone is listening!