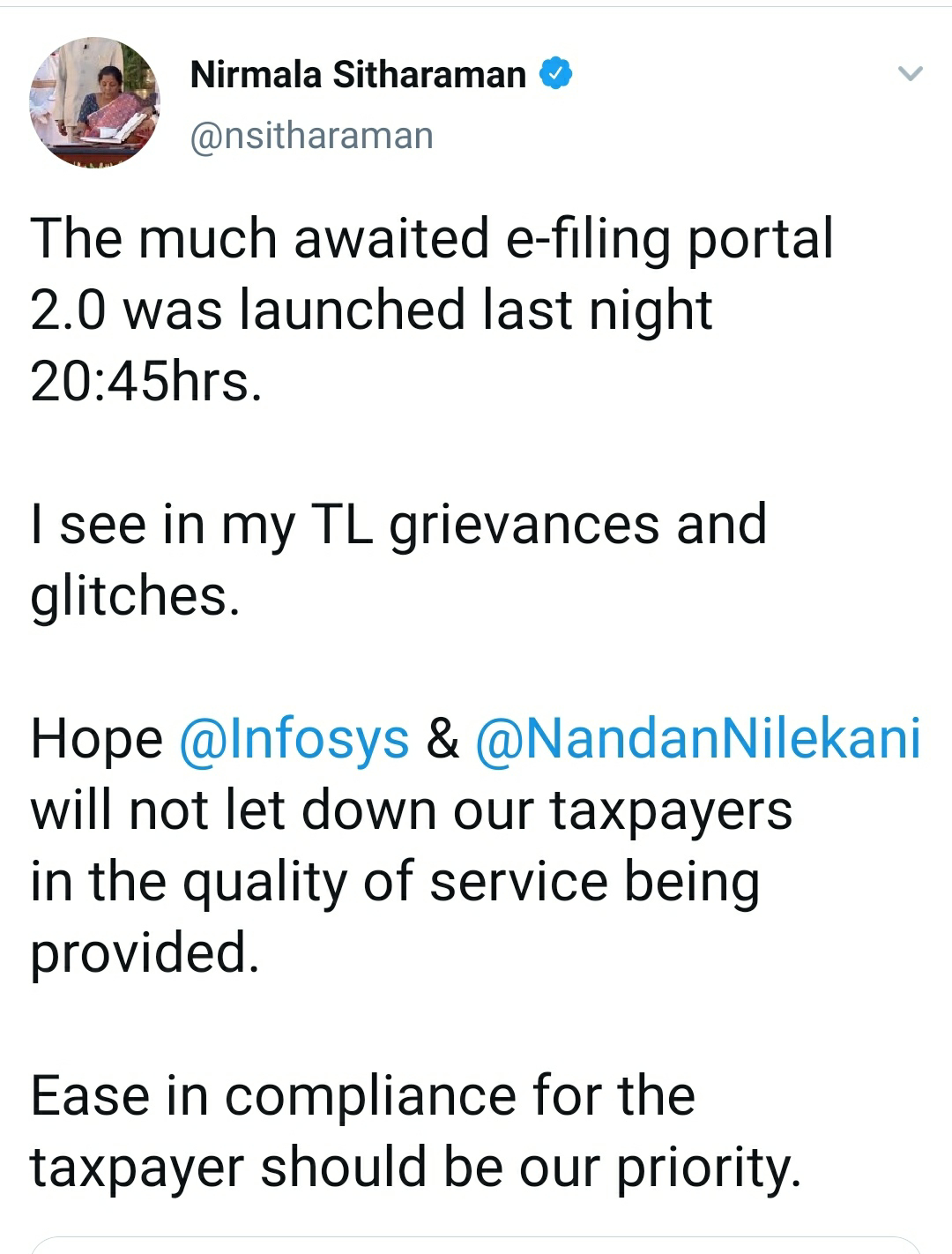 Interestingly, there were many suggestions that IT firms can work with startups which have enabled seamless transactions for millions. A user on Twitter said: "If offered, ClearTax could have developed a much better income tax and GST portal than Infosys.” Several users backed this view.

Archit Gupta, founder & CEO, Clear Tax, a financial services firm focused on taxation, said in a tweet, “We are ready to provide a version of ClearTax for the National Portal and serve. We have a scalable, ready solution for all taxes.” 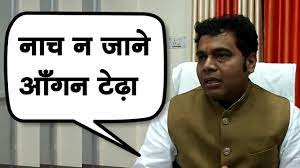 Why Indian IT struggles with India government projects

Industry executives Moneycontrol spoke to said factors like undefined scope, inflexible milestones, delay in payment, and lack of ownership from government are some of the reasons.
CHANDRA R SRIKANTH & SWATHI MOORTHY
JUNE 21, 2021

While Infosys faced similar problems when it was working on the MCA21 (Ministry of Corporate Affairs) and the GSTN (Ministry of Finance) projects, Wipro has had its fair share of troubles with projects such as Employee State Insurance Corporation (ESIC) and the National Register of Citizens (NRC) project. TCS, which runs India's passport project, the Indian Railways’ IRCTC site, and India Post’s digital project, is an outlier and has had relatively better success here.

The India market contributes to less than 5 percent of revenues for top software exporters. In FY21, revenues from the country for TCS was 5.1 percent, and Infosys' stood at 3 percent. Wipro's business from state-run enterprises was $121.8 million, barely 2 percent of the company's $8.1 billion annual revenue number.

HCL Tech does not share India revenues separately. However, revenues from the rest of the world, which includes all countries, barring Americas and Europe, account only for about 8.9 percent

"I know about Infosys there is not a single project Infosys has done and I believe the same story where the company has not lost money, that's a reality, when dealing with the governments," Murthy told CNBC-TV18. 2015 Nov.

Stating that Indian companies derive 90-98 per cent of their revenues from global corporations, Murthy said the prices are "very attractive" outside India.

He added that low price, delayed payments, not accepting software on time, changing requirements mid-stream, not allocating enough time to define requirements and in some cases, corruption are some of the issues that IT firms faced while working on government projects.

“Startups can take up parts of the solution, but they do not have the scale, insights into government functioning, capability to build such a massive and complex system end-to-end. They can definitely partner with larger service providers,” said Everest Group Vice President Yugal Joshi.