Keep going, those who fell off the bus may not have been run over by the wheels..:) 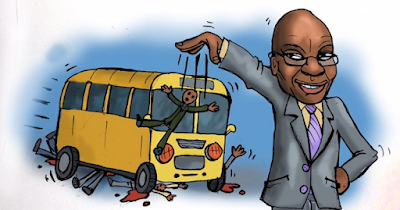 I was talking to a developer at interface.ai at Bangalore. He mentioned, he no more works for them, while his LI profile said, he was still there..

Reason? He mentioned , during pandemic, in last 6 to 8 months interface.ai fired many of it's Bangalore office staff. I have not validated this news as I was not interested.

So, this happens and interface.ai may not be alone shedding unsustainable growth flab!

Around a month back, they had put a job for Director-HR on LI for Bangalore, this later went on to be replaced by another job post (this time Assistant Director-HR) and most recently, Manager-HR...

dots are connecting as they have dipped their game at Bangalore..

Looks like when product is ready for on premise or SaaS based implementation of this robotic AI voice assistant(check speechlo) , call center application at credit companies, they need implementation and customer success folks..of course sales guys will be on the prowl,  24/7 ..

Their Chief Business Strategy guy recently left them after a shorter stint..

Such things happen in start ups...sudden exits, dynamic shifts in business focus and hiring misadventures are common. We have seen the Unicorns did this during 2016 at Bangalore and elsewhere and even IIT Bombay banned a few of the best names , from campus hiring..

Recently, a digital marketing company posted a Director-HR role and it was reporting to their Canada based COO...

In the mid of the hiring process, this COO suddenly left this company..Now they have a 4-week old Director HR for US/Canada and their India Director HR position is hanging, uncertain ...maybe, till they have another COO or someone inside assumes that role in the interim..

Such things are common...especially in start ups or single founder start ups..

A report on Early-Stage failure of majority of start ups, found that, it was not the tech or funding that led to the collapse but separation of co-founders (Break-up)..Sounds interesting..

Chankaya said, to achieve something legit, some unethical /abnormal means to achieve them are OK, till the time the larger good of the state is taken care of..

Looks like fancied, everything is fair in love , war and start up..